Call Centers should stay in NY 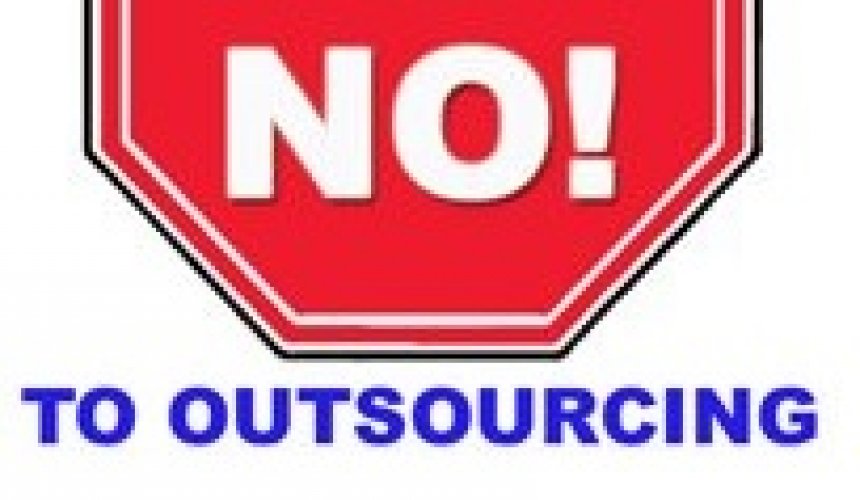 There are a couple of unsigned laws being floated around up in Albany, and in the often confusing and crazy world of Albany politics, laws that mandate that utility companies keep its call centers in the regions in which they serve make perfect sense.

Here, Verizon, NYSEG and National Grid have call centers that employ thousands of our neighbors. These workers live throughout the upstate counties and the Southern Tier. When there are outages or emergencies, the call center workers know the area, have working relationships with the outside technicians, and this regional knowledge makes the entire process efficient and effective. Imagine calling your utility company for an outage and having to over explain your community to a worker based in North Carolina or India. The consumer will no doubt get frustrated and service will be delayed because of the geographical differences.

Economist at the Bureau of Labor Statistics report that New York had 419 call centers in 2001. But by 2009, only 391 remain. That means that 28 call centers closed their doors in less than a decade. Good jobs leaving New York affects us all, from schools funding, to real estate, tax bases and home building. If good jobs don't exist, all industries fail.

In New York, Verizon employs 28,000 people, a third of them working in call centers. Large utility companies such as Verizon, National Grid and NYSEG has hundreds of call center employees who work in locations based in Elmira, Buffalo, Krikwood, Albany, Glens Falls, Williamsburg, Syracuse and Brockport. Regardless of a union contract or not, call center outsourcing to areas and countries where labor is cheaper and unskilled is a constant battle between labor and management. Allowing the Public Service Commission to regulate utility call centers in the regions in which they serve will enable management and the work force a venue to make their case before a third party and prohibit management from arbitrarily choosing financial impact over professional and productive service.

Both the Senate and the Assembly have failed to act on the Communications Workers of America's call center bill. This may be because the cable industry, who is predominately non-union, wants the flexibility to send jobs out of state or to foreign countries. With the November elections just months away, wouldn't passing a law that benefits all working New Yorkers demonstrate that these elected leaders understand the needs of the work force and the customers they serve?

You don't have to carry a union card to care about the call center bills. In New York, 75 percent of the work force is not organized, and although the call center laws were drafted in union halls across the state, the intentions of the law will benefit all working people. It is yet another example of how organized labor's legislative agendas benefit the community at large.

The legislature is scheduled to reconvene session this week. Every person who works in an industry where outsourcing is an issue should pick up the phone and call their senator and Assembly member and urge them to get to work and pass the Communications Workers of America call center bill. Let them know that their vote on the call center bill will determine your vote at the polls in November.

The Communications Workers of America Local 1104 have 10,000 members and has offices across New York and represents 1,000 call center workers.