MOU, Back to Work Agreement and Bargaining Report 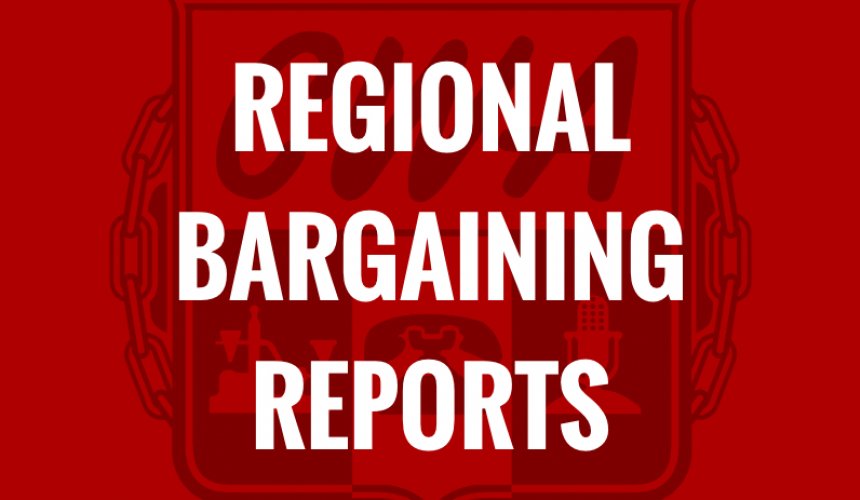 Employees whose tours begin Tuesday night, May 31, 2016, and extend into Wednesday, June 1, 2016, will report to work for those tours.

All other employees will return to work for their tours that are scheduled to begin Wednesday, June 1, 2016.

Returning employees will return to work on the same tours to which they were assigned immediately prior to April 13, 2016.

In unusual circumstances, the Company will excuse employees, without pay, from reporting for a reasonable period not to exceed 72- hours from 5:00 pm, May 31, 2016. Members in this situation need to notify their supervisor prior to the start of their tour.

For two weeks following the return to work date, the provisions of the Collective Bargaining regarding overtime caps will not be in effect in order to reduce the work backlog resulting from the strike. Overtime will be assigned with due consideration to the safety and health of employees.

No employee will lose service or pension credit or life insurance as a result of participating in the Strike.

Unused vacation days and Excused Work Days remaining from 2015 which were still available on April 13, 2016, and which were not paid in lieu of during the Strike, may be taken pursuant to normal scheduling no later than September 30, 2016.

Floating holidays that were scheduled during the Strike may be rescheduled no later than September 30, 2016 and taken no later than December 31, 2016.

REI seems to have forgotten what being a progressive employer actually means https://t.co/nhzglgroKd