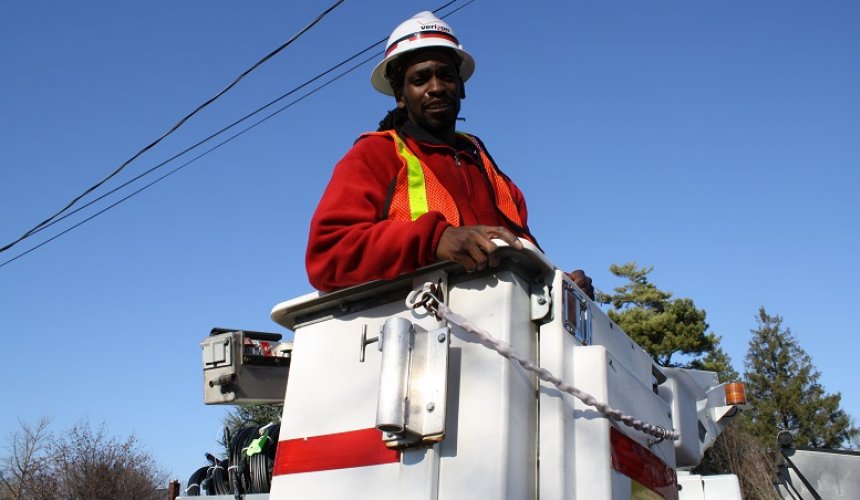 Patch.com Two Hudson Valley Communities beat back an attempt by Verizon to eliminate the tried-and-true copper wiring. Verizon wanted to transition some of our neighbors to a cellular-based network from what phone fans know as the twisted pair.

It did not go well.

The blowback was fierce enough that Verizon withdrew its petition to New York's Public Service Commission.

New Yorkers more than other Americans are clinging to their landlines, as we reported in July. Very few of us are mobile, at least mobile only.

NY has the second-lowest level of wireless-only households—18 percent. We're 49 out of  50 states, second only to Rhode Island, with 15.2 percent. Now, this is in households with children under 18, which are more likely to use only mobile phones, according to the Centers for Disease Control. Adult-only households are even less likely to do so.

Nationwide, one in three households are wireless only—up a good bit from 10 years ago. In Mississippi, Arkansas and Idaho, more than 50 percent of households with kids use only mobile phones.

So what happened when Verizon petitioned the state to end land-line service in Lewisboro and North Salem?
State Assemblyman David Buchwald's blog posts tell the story.
First, advocates for the elderly and local officials objected. Loudly. The substitute Verizon was offering wouldn't work with medical equipment such as alarm bracelets, they said. It wasn't as reliable in a big storm, such as Sandy, they said.

Then, Buchwald reported, Verizon withdrew. His next Patch blog post quoted Beth Finkel, State Director for AARP in New York. “Traditional telephone service is a basic necessity, and customers across New York must be able to rely on personal emergency-alert technologies such as Life Alert, medical-monitoring devices and home-security systems. Voice Link, in most instances, doesn’t support these crucial technologies, and we’re glad Verizon is moving to offer other options in New York that do."
Still, is this staving off the inevitable?

Traditional phone companies are still required to offer universal service where they operate, but cable companies and mobile phone services are not. The phone companies have argued the forced subsidies are unfair, National Public Radio reported this summer.

In areas badly hit by Hurricane Sandy, like Fire Island, Verizon has replaced the copper wire (destroyed by salt water) with Voice Link.

Wisconsin released its phone companies from mandatory regulations in 2010, though some lawmakers there want to roll that back and allow residents who want landlines to keep them.

RT @TexasAFLCIO: In 2010 the census undercounted more than 1.5 million but this year we have the POWER to change that! #LaborCounts… https://t.co/g12f84AqB6

RT @brhodes: Trump’s tax returns reenforce the economy he wants: one where workers subsidize the wealthy who pay nothing.