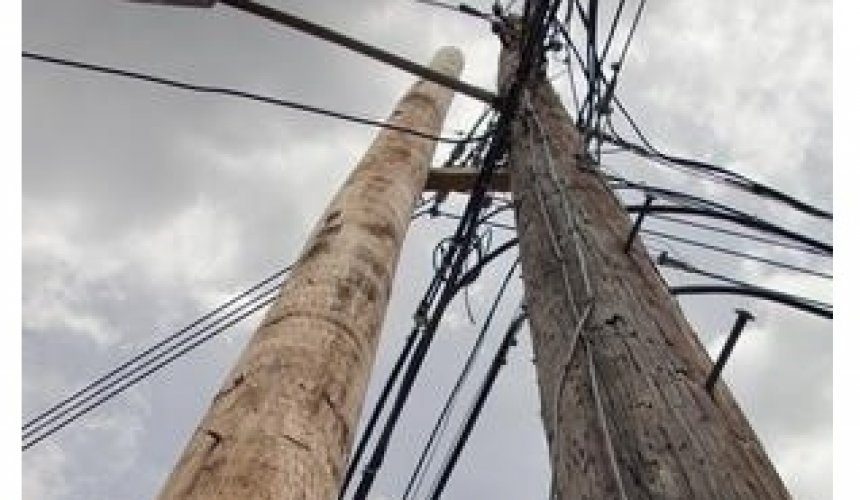 A proposed New Hyde Park law that would establish fines for utility companies that do no not take down decommissioned poles has been put on hold indefinitely since local officials are now satisfied with the progress being made so far in their removal.

The pole issue was discussed during Tuesday night's board meeting, and Mayor Bob Lofaro said afterward that any further action on an ordinance was not anticipated at this time. The board had planned to vote on the law at its February meeting but the matter was postponed.

"To date, as reported by Verizon, 18 have already been removed and 13 more will be removed by the end of April," Lofaro said.

Lofaro said the board had considered enacting a law similar to a North Hempstead ordinance passed in September that required the old poles, which stood next to new utility poles and are also known as "double" poles, to be taken down.

The North Hempstead law has resulted in nearly all of the 187 old poles between Great Neck and Port Washington being removed.

Lofaro said there are 88 double poles throughout New Hyde Park that in some cases have existed for more than two years. The mayor said he was not certain which entity was responsible for the old poles. He believed some belonged to Verizon, and others to PSEG Long Island and Cablevision.

"Other poles are scheduled to be taken down, so it's coming [to an end]," trustee Donald Barbieri said. "It's good we didn't have to enact a law. It's going the way it's supposed to."

The double poles are eyesores and could be dangerous, Lofaro said. He said one of the sites he was most concerned about was at the southwest corner of Jericho Turnpike and Covert Avenue, where a car accident occurred two years ago. He said the bottom of the pole was sheared off and the old pole was strapped to the new one. The old pole was removed Wednesday, he said.

REI seems to have forgotten what being a progressive employer actually means https://t.co/nhzglgroKd