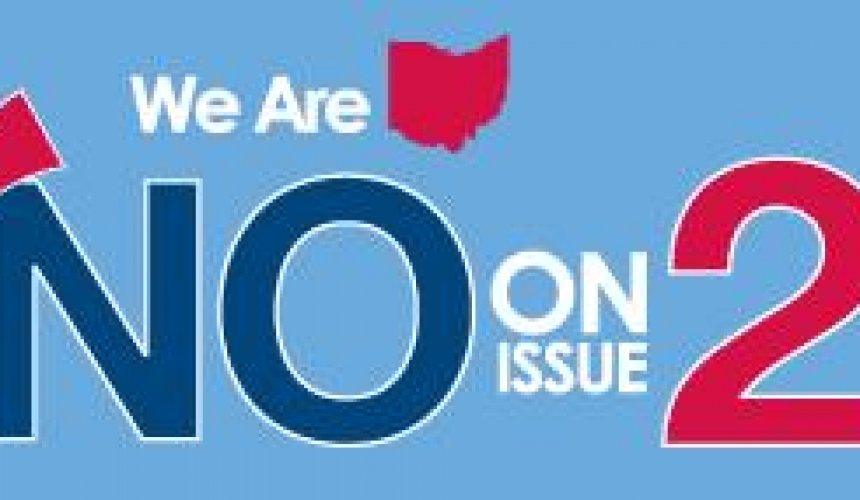 Senate Bill 5, which limited collective bargaining in the name of cost control, was reviled by public employees. Yesterday, voters soundly defeated the proposal and sent a clear message to the governor and the bill’s GOP proponents.

A year after Gov. John Kasich and legislative Republicans were swept into office, Ohio voters delivered them a stinging rebuke yesterday, striking down an extensive curtailing of public-union power that Republican leaders had hoped to make a centerpiece accomplishment of 2011.

An effort that started last winter with thousands of Statehouse protestors and gained speed with the collection of a record 915,000 signatures ended with unions and their supporters drubbing Issue 2 by 61 percent to 39 percent, with 99 percent of precincts reporting.

“They might’ve said it was too much too soon,” said a contrite Kasich of Ohio’s electorate, analyzing the apparent landslide defeat handed to him and his GOP colleagues.

But amidst all of the concessions and hat-in-hand rhetoric, there was a hint of defiance. Kasich, who opened by congratulating the labor coalition, said local governments should not expect a state bailout to manage their costs.

“There is no bailout because frankly, there’s no money,” Kasich said.

With a beer in his hand and a smile on his face at the We Are Ohio celebration at the Hyatt Regency, Ohio Democratic Chairman Chris Redfern said public workers should not be the scapegoats for the state’s economic problems. “That is the lesson John Kasich must remember after tonight, and if he doesn’t, he’ll be a one-term governor.

“If you overreach, the people will respond. There is no one tonight who could suggest this was about Democrats versus Republicans,” Redfern said, noting the wide margin of defeat. “This is literally about what is right and what is wrong, and what Ohioans feel is important.”

Democrats, who suffered devastating losses a year ago, basked in the moment, while union leaders spoke with a mixture of joy, relief and defiance.

“The impression that was given to the public was that public employees aren’t willing to participate. I think they have been and will continue to be,” Strickland said. “But they are not going to take disrespect, and they aren’t going to tolerate name-calling. If this administration understands that, then I think there could be the ability to work together.”

The vote strikes down Senate Bill 5, a sweeping overhaul of Ohio’s 28-year-old collective-bargaining law that sought to end binding arbitration to settle contracts with safety forces, ban strikes for other public workers, set payments for health insurance and pensions, and strongly tip the balance of power in negotiations to elected governing bodies.

The resounding union victory came with the national spotlight shining on Ohio, both as a barometer of a national effort among conservatives to curtail union power and for the potential long-range political impact on a state that will once again take center stage in the 2012 presidential election.

However, while this vote is over, the debate is not. Republican leaders still hold strong legislative majorities and have stressed that the economic problems that led to the crafting of Senate Bill 5 still exist. Attention soon could turn to what Kasich and GOP lawmakers will do next.

Kasich said it was “clear that the people have spoken” and that he would “take some time” and “ reflect on what happened here” — sentiments echoed by Batchelder and Niehaus.

More people voted against Issue 2 — about 2.1 million — than voted for Kasich in 2010, when he picked up 1.89 million votes and defeated Strickland by 2 percentage points.

But Ohio Republican Chairman Kevin DeWine took a swipe at the victorious Democrats, saying they have “not offered one alternative plan or even ideas of their own.”

Bill Leibensperger, vice president of the Ohio Education Association, said Ohioans have spoken clearly that public employees deserve to have a voice.

“Their biggest mistake was to think they could come up with a solution and impose it on a bunch of people. We were shocked,” he said. “There has always been room to talk. That’s what collective bargaining is about. You bring adults around a table to talk about serious issues.”

Christopher Mabe, president of the Ohio Civil Service Employees Association, added: “Most Ohioans believe that government runs best when front-line workers have a seat at the table. Tonight, they gave us our seat back.”

During the campaign, We Are Ohio and other union-affiliated groups stuck to messages of fairness and safety, arguing the bill would hurt communities by taking away the ability for workers to bargain things such as staffing and class sizes. The group raised more than $30 million, four times that of its Republican opponent, Building a Better Ohio.

Polls repeatedly showed that Issue 2 would go down to a resounding defeat, even though some parts of Senate Bill 5 were strongly supported, such as requiring public workers to pay 15 percent of their health insurance. But where some parts were aimed at cost savings, other parts struck at union organization and operations.

Critics argued the 300-page bill simply went too far, and for unions it became not just a fight over certain benefits, but a battle for survival. The latest Quinnipiac Poll two weeks ago found that even 32 percent of Republican respondents opposed the bill.

Last night, the Obama White House tipped its cap toward the labor coalition for its triumph.

“Tonight the people of Ohio delivered a gigantic victory for the middle class with their overwhelming rejection of a Republican attempt to strip away collective-bargaining rights,” Vice President Joe Biden said in a statement. “By standing with teachers and firefighters and cops, Ohio has sent a loud and clear message that will be heard all across the country: The middle class will no longer be trampled on.”

“That showed (Kasich). We showed him,” said Marlene Quinn, the great-grandmother from Cincinnati who became a key player in the We Are Ohio campaign.