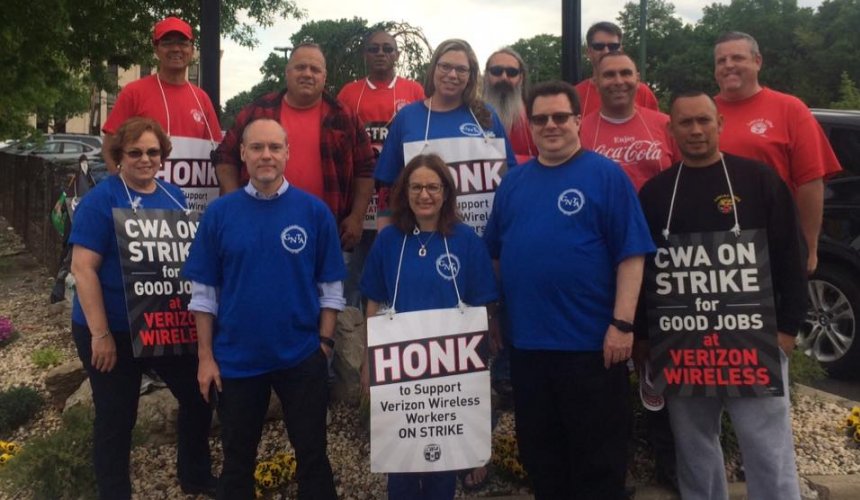 Union to take down pickets; company agrees to add good union jobs on the East Coast

Nearly 40,000 Verizon workers who have been on strike since April 13 are celebrating big gains after coming to an agreement in principle with the company. After 44 days of the largest strike in recent history, striking CWA members have achieved our major goals of improving working families’ standard of living, creating good union jobs in our communities and achieving a first contract for wireless retail store workers.

“CWA appreciates the persistence and dedication of Secretary Perez, Federal Mediation and Conciliation Service Director Allison Beck and their entire teams. The addition of new, middle-class jobs at Verizon is a huge win not just for striking workers, but for our communities and our country as a whole. The agreement in principle at Verizon is a victory for working families across the country and an affirmation of the power of working people,” said Chris Shelton, President of the Communications Workers of America. “This proves that when we stand together we can raise up working families, improve our communities and protect the American middle class.”