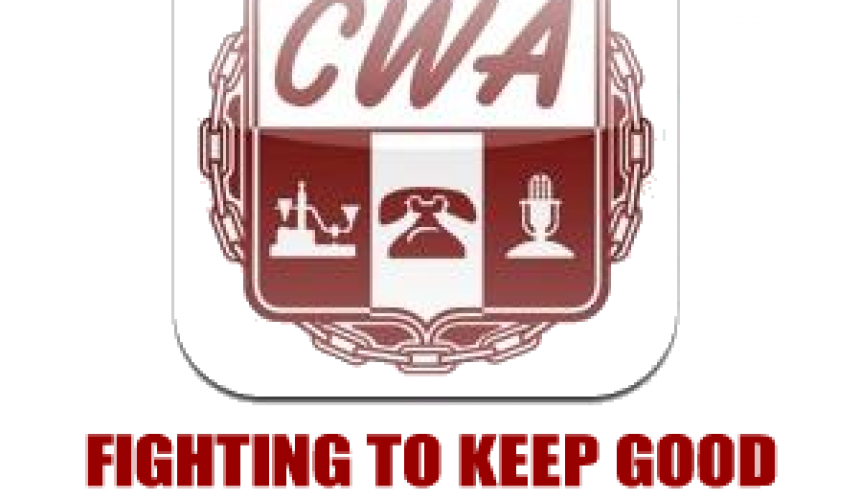 Washington, DC – Today, the Communications Workers of America (CWA) and the International Brotherhood of Electrical Workers (IBEW) requested the services of the Federal Mediation and Conciliation Service (FMCS) regarding on-going negotiations with Verizon Communications. The two unions represent approximately 45,000 workers at Verizon locations from New England to Virginia.

CWA and IBEW members have been unable to negotiate an agreement for over a year, as Verizon management continues to insist on drastic cuts in benefits and employment security. At the same time, the company has made more than $16.3 billion in profits over the past four years. Verizon is a $100 billion company, and recently, its Board of Directors approved a 200 percent increase in compensation for the CEO to $23.1 million annually.

“This delay in reaching a fair agreement is not only bad for workers, it’s bad for consumers and bad for our communities,” said Chris Shelton, Vice President of CWA District 1 and Myles Calvey, Chairman of IBEW System Council 6. Added Ed Mooney, Vice President of CWA Districts 2-13 and Bill Huber, President of IBEW Local 827, “for the past year, we have been flexible and shown a willingness to negotiate, including significant proposals on health care and other key issues for management, but management continues to insist on proposals that would reduce jobs and cut our benefits by thousands of additional dollars per year, and fail to return thousands of jobs that the company has off-shored.”

From coast to coast, working families, unions, students, faith leaders, progressive groups, civil rights and community organizations and many more are standing up to Verizon and its greed. In addition to signing a petition to Verizon’s CEO, allies have participated in actions at Verizon locations and consumers are urging Verizon to do the right thing. Read more at www.verigreedy.com.