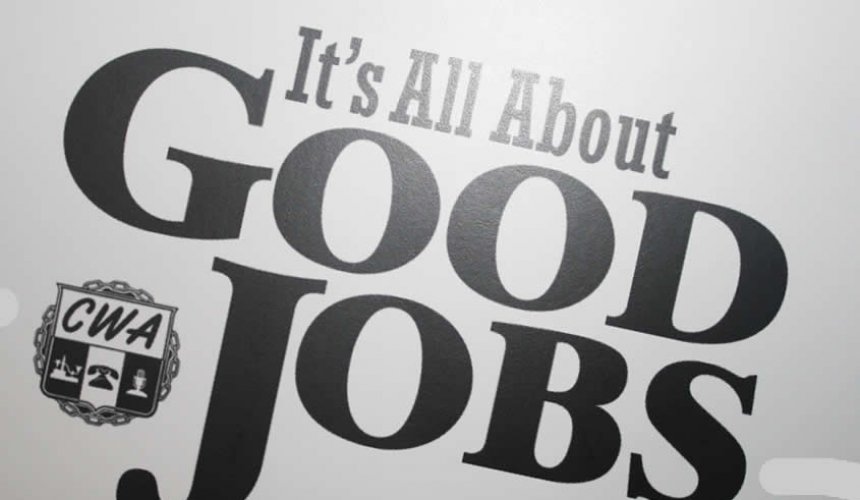 TAKE ACTION TODAY AND CALL CONGRESS: A new bill in Congress would deny federal grants and contracts to employers that relocate call centers out of the country. This bill was introduced by Congressman Tim Bishop.

Call your New York State lawmaker today and urge them to co-sponsor A.175/S.75. This law would create major barriers to moving call centers out of New York State. As the battle for a fair contract at Verizon goes on, fighting to hold on to good jobs remains a major issue. This is a battle we are fighting at the bargaining table, in Albany and DC as well. Greedy companies sending jobs overseas effects many people in our community. Information provided at bargaining shows that Verizon is contracting out and off-shoring nearly 2,000 New York call center jobs. Close to 800 DSL tech support jobs alone have been located in India, and nationally more than half of all Fiber Solutions Center work is being done non-union.Over 1,000 calls have been made by the CWA in support of Congressman Tim Bishop's federal call center bill to stop off shoring our work, so if you haven't done so already, please see call the local Albany Switchboard and urge your State lawmaker to make calls today.

Urge your lawmaker to co-sponsor A.175/S.75, the bill that will require a hearing by the Public Service Commission in the event that a telecommunications or cable company seeks to relocate call center work out of New York State.