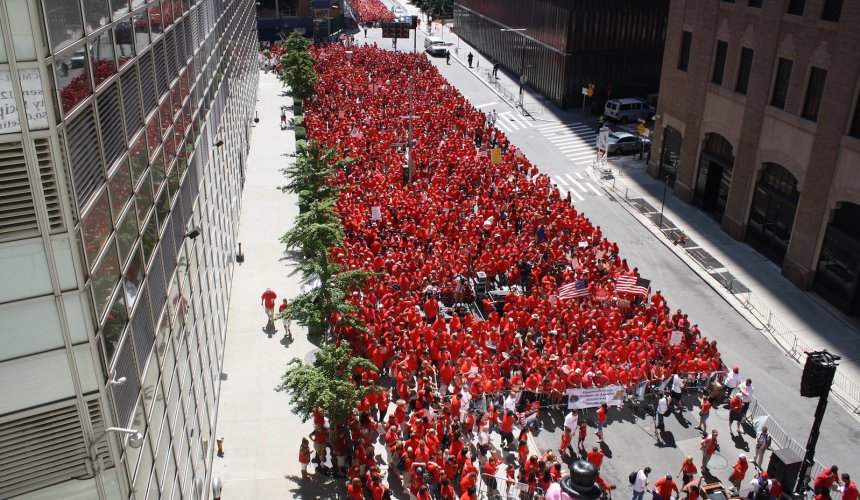 Below is a united statement from District One.

Two weeks ago, the Company approached CWA with a special incentive offer for certain members to leave the payroll.  This offer was identical to the offer that CWA rejected last year with a few exceptions.

When we first received the proposal from the Company we informed them that we are not interested in dividing our Union by making offers on a local-by-local basis.  We would not allow the Company to attempt to "divide and conquer" our membership.

Last year, when the Company made a very similar proposal, we had intense negotiations to discuss their desire to get people off the payroll and our desire to address the future work for our members.  We asked the Company to commit to FiOS build-outs over the next several years, to build new wire centers and to reduce the number of Board and Lodging Assignments.

This year, when the Company made their proposal, the Union raised the same concerns about the future work for our members.

The Company made it very clear that they are not interested in entertaining any proposal regarding FiOS build-outs.

Over the last two weeks we have been discussing this proposal with our locals, District 2/13 and IBEW.  Last Friday, the Company put out an email to all employees stating that they made a proposal to the Union and they spelled out some of the details. This caused a lot of confusion and many members thought it was an actual offer.  Verizon must think that by communicating an offer directly to our members that this will make us cave-in to a one-sided offer that does nothing to protect the future work needs of our members.

Today we told the Company that if they want us to consider their proposal-they have to address our needs.  We told them that we stand ready to discuss a real proposal that allows them to offer an incentive where needed, while growing the Company and jobs for our members.  We hope the Company heard us and will be willing to come to the table with a serious proposal.

RT @NationalNurses: BANDANAS 👏 ARE 👏 NOT 👏 PROTECTION 👏 We need REAL personal protective equipment for nurses and other frontline heal… https://t.co/kOPnzJ5gK0

RT @TWULocal100: N95 Masks are being distributed by the @MTA. Pres Utano: “This is great news for our Bus Operators, Train Operators… https://t.co/ko0UnLxCrz