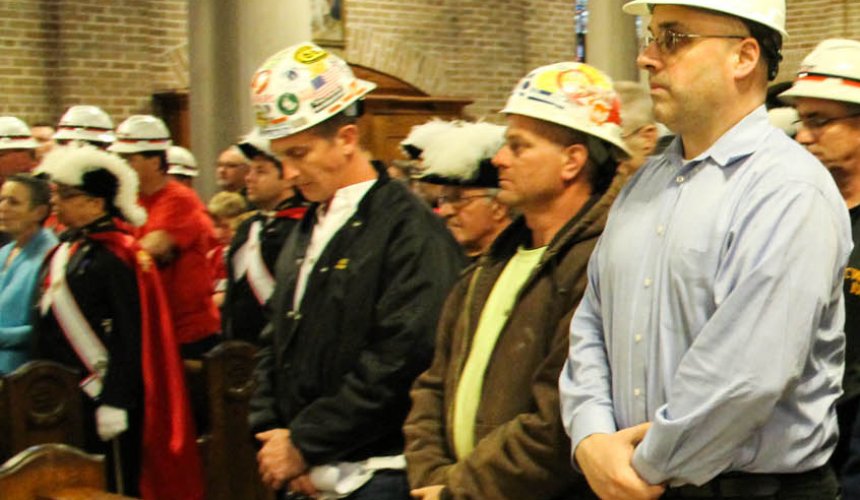 April 28th is a day recognized annually by the union community as Workers Memorial Day, which is the anniversary of the enactment of the Occupational Safety and Health Act. Say what you will about those pesky OSHA inspections, but OSHA safety and regulation standards save lives. It's estimated that since the creation of OSHA in 1970, more than 75,000 lives have been saved and millions of injuries have been prevented. But sadly thousands still lose their lives from workplace accidents that could have been avoided. That is why our union participates in the annual Workers Memorial Mass at St. Patrick's Church in Bay Shore. Fourteen Long Island workers went to work, but never came home. The reports are sad, but we can't hide from the facts - those reports are listed below.

As you can see, Oscar Orlando Diaz Flores, Erik Halvorsen and Oscar Martinez all did similar tasks that out union workforce perform. We may not know any of these men personally, but we all know or love someone who performs dangerous work. In this political climate, safety for the average worker is being rolled back at record rates and workplace death numbers are going to increase. Let us come together and one, say a prayer for those lives lost and reaffirm our charge to raise workplace safety awareness because losing your life should never be a job description. 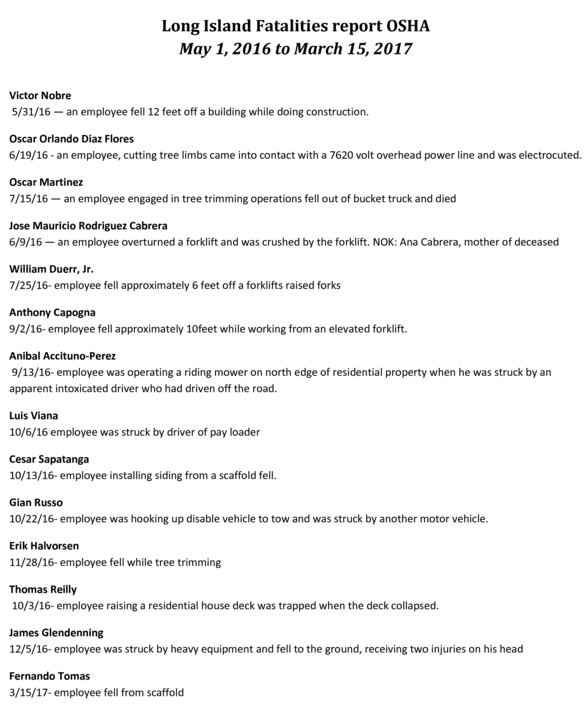