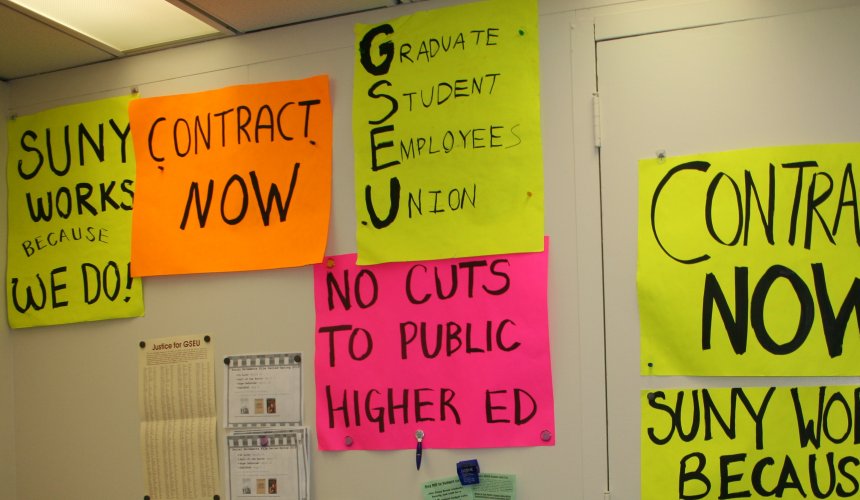 I would like to start by congratulating the Graduate Student Union for overwhelmingly approving their contract.  At Local 1104 we represent thousands of graduate students at the four university centers, Stony Brook, Binghamton, Buffalo and Albany, as well at the state colleges.  For the next three years our grad students will have a fair contract so that they can worry about their research and learning rather then the status of their contract.