Secure Your Place in Democracy 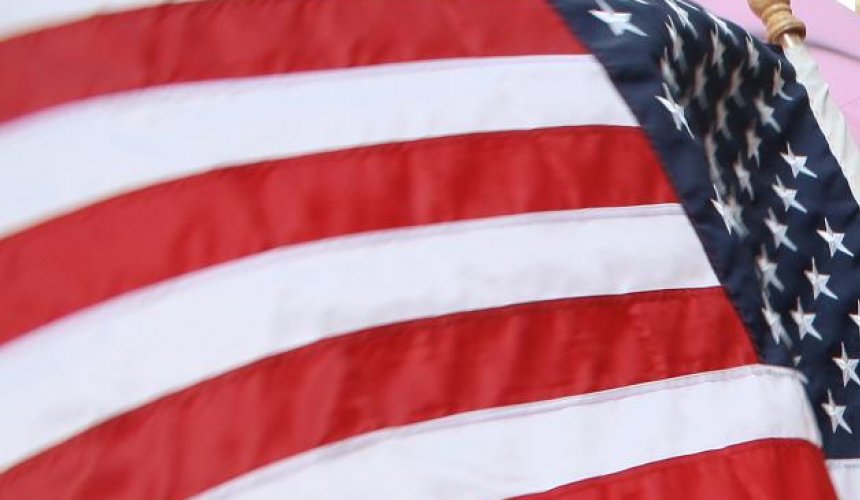 This Fourth of July we will once again declare America's independence and stand together, united by the common yet powerful idea of inalienable rights and the belief that everyone is created equal. In the U.S. Constitution, our nation's founders forged these words:

"We hold these truths to be self-evident, that all men are created equal, that they are endowed by their Creator with certain unalienable Rights, that among these are Life, Liberty and the pursuit of Happiness. - That to secure these rights, Governments are instituted among Men, deriving their just powers from the consent of the governed, - That whenever any Form of Government becomes destructive of these ends, it is the Right of the People to alter or to abolish it, and to institute new Government, laying its foundation on such principles and organizing its powers in such form, as to them shall seem most likely to effect their Safety and Happiness."

As we enjoy this holiday weekend, take a moment to ponder what we are trying to accomplish as a nation, as a people and as a union. Often we ask the union membership to call their elected officials, to urge them to act, react or intervene. As citizens, taxpayers and Americans, we give our politicians "their just powers" from our "consent." Voting, lobbying, making calls, rallying, writing letters; these are things we must do to protect our democracy that "effect our Safety and Happiness." We do these things all year round, not just on the 4th of July. Many of us will be proud to be an American this weekend. Some of us will go to a parade, watch some fireworks, grill some burgers and dogs and wear red, white and blue apparel. But how many of us actually put poetry into motion, and do the things necessary to "secure these rights?" Waving a flag roadside is one thing, heading to the polls every May and November is another.  You members who are active, you know who you are; Those who are not, there is no better time than now to reclaim your place in our fragile democracy and pick up the phone, call your Senator and urge them to confirm the NLRB appointments. The feeling you get after you hang up the phone, the heaviness and excitement in your heart - well that's what democracy feels like.

We need every member to call the number above and urge your U.S. Senator to confirm the 5 NLRB Appointments and Senate Rules Change.

Workers turn to the NLRB when they are illegally fired or otherwise prevented from working together for change. The NLRB is supposed to have five members that are nominated by the President and confirmed by the Senate. But corporations have persuaded Republicans in the Senate to use silent filibusters to prevent a vote on President Obama's nominees.

The Board needs at least three members to make decisions. Two of the five seats on the NLRB are currently vacant and the term of another member will expire in August.Working people need and deserve a functioning National Labor Relations Board. The President has sent the names of five well-qualified nominees to the Senate. If we don't let our Senators know that the NLRB matters, Senate Republicans will continue to abuse the Senate rules and filibuster the nominees and Senate Democrats will not take action to overcome the filibuster.

RT @TBContentGuild: Today, the journalists of @TribuneAgency are announcing our plans to form a union and are asking @TribPub to volunt… https://t.co/MO7jInwMqW

RT @afa_cwa: Happy National Air Traffic Controller Day to our @NATCA sisters and brothers. Thank you for guiding us safely ever… https://t.co/22VAdDNESX

Service + Solidarity Spotlight: UFCW Fights to Save Members' Lives, Help Those on the Front Lines