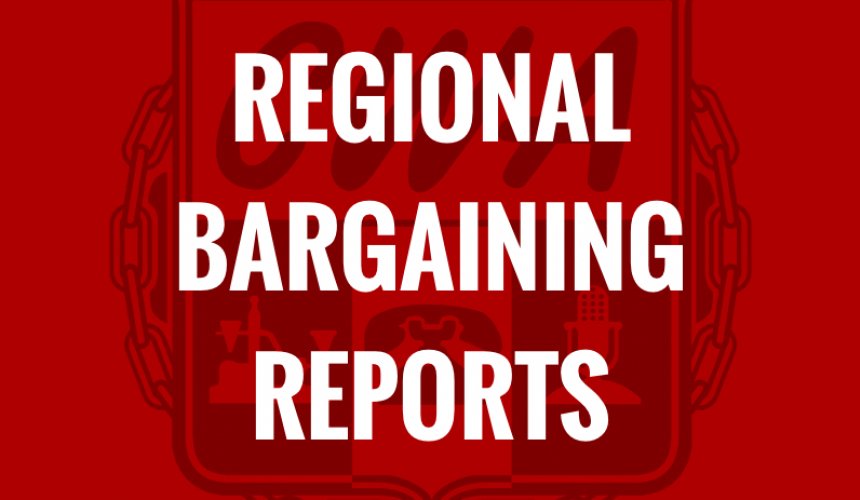 CWA District 1/IBEW Local 2213 and IBEW New England Regional Committees met this week at the Rye Town Hilton in Westchester. The committee spent most of Monday reviewing data and proposals. Later in the day there were off record discussions on Call Sharing.
On Tuesday the Union Committee presented another package proposal to Verizon. We informed the Company that in our bargaining sessions last week the Union made significant moves which the Company called "constructive". We made those proposals to ignite the bargaining process. In our package proposals, the Union addressed some of the areas that are most important to the Company but we did not see any movement on any of our important issues such as job security, pension improvements, contracting of work, call sharing and wages in the Company's proposals.
Verizon still has the following retrogressive proposals on the table:
We ended bargaining for the week by asking the Company to think about the Union's proposals and told them if they want to reach an agreement with us they need to address the Unions proposals regarding all of our important issues and get their retrogressive proposals off of the table.
Bargaining is scheduled to resume next week in Rye, New York.
We wish all of our members and their families a Happy and safe Thanksgiving!
Please check with your local for Black Friday mobilization events near you.
KEEP UP THE FIGHT!
Mobilize! Mobilize! Mobilize!
Verizon Bargaining Reports