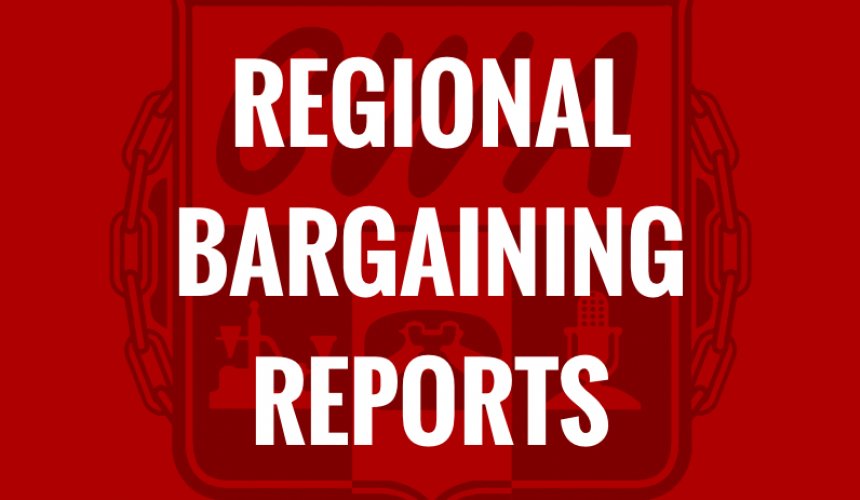 CWA District 1/IBEW Local 2213 and IBEW New England Regional Committees met this week at the Rye Town Hilton in Westchester. In our last bargaining report we informed you that after high level discussions between the Union and the Company during the last few weeks the Union bargaining committee gave the Company a proposal which addressed both parties' needs.
This week the Company rejected the Unions proposal and gave another unacceptable proposal to the Union.
We have made meaningful proposals yet the Company has rejected every one of our proposals saying they don't go far enough to meet their needs. At the same time, almost every proposal the Union has placed on the table has been rejected by the Company.
We are reviewing the Company's proposal and planning our next steps. In the meantime, we need every member to get engaged. The Company is still not hearing us so it is more important than ever that we take this fight to a new level.
Tell Verizon management that we demand a fair contract and let them know that we are ready to STRIKE to get one!
Mobilize! Mobilize! Mobilize!
Verizon Bargaining Reports