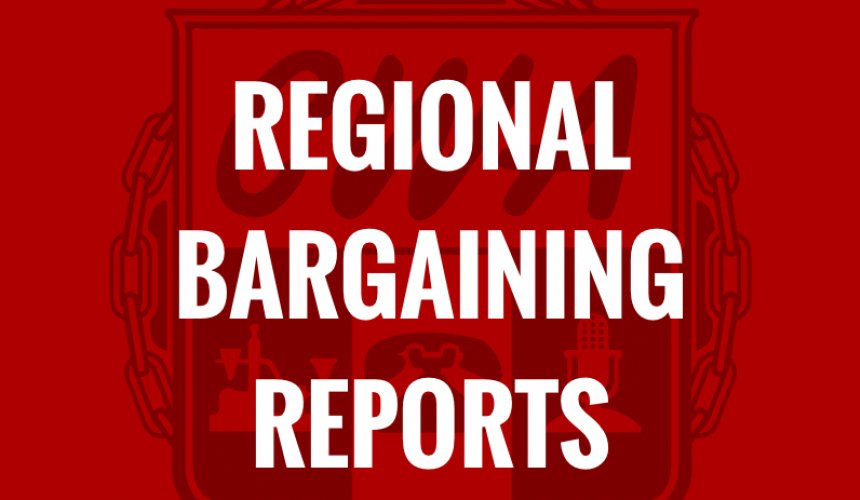 CWA District 1/ IBEW Local 2213 and IBEW New England Regional Bargaining Committees met with the Company today at the Rye Town Hilton in Rye, New York. The Union continued to ask Verizon about safety issues involving work being done by Contractors. All members should remember that safety should be their #1 concern. The Union also raised concerns about the closing of the LPC stores which are now staffed with unqualified contractors.

Today we met with the Company’s “subject matter experts” on Absence, Disability and Family Care Leave. Part of the Company’s proposal was to eliminate Accident Disability and to greatly reduce the Sickness Disability benefits. Another portion of their proposal was to eliminate the Family Care Leave that has been in effect for over twenty years. There is no end to how low Verizon will stoop. They want to take benefits away from sick and injured employees, and from people who are caring for seriously ill family members. Verizon also wants to separate employees from the payroll who were hurt on the job, after 52 weeks of disability.

Your Union Bargaining Committee repeatedly reminded the Company Bargaining committee that we had rejected their proposal and we made it clear that we think this is a disgraceful and heartless attack by Verizon on our members and their families. You have to wonder what kind of people make up these proposals.

This morning a Verizon Vice President visited workers in a Brooklyn garage and told them that there is significant progress being made at the Bargaining table. We would love to know where he gets his information from since there has not been any agreement on any issue and not one of the Union’s proposals has been addressed by the Company’s Regional Bargaining Committee.

It’s shocking how Verizon executives continue to lie to their employees about the status of bargaining.

With only 10 days left until the contract expiration this Company needs to get serious about bargaining.

Every member should make plans to attend the July 25th, 2015 rally at Verizon Headquarters at 140 West Street in NY City. The Rally will begin at 11 AM.

IT’S TIME TO GET ANGRY!

IT’S TIME TO GET INVOLVED!

IT’S TIME TO FIGHT BACK!